We awoke to some early morning showers, but they didn't last long and cleared up by 10h00.

Contrary to the extremely flat seas we experienced on our first day, they were a fair bit rougher, with the promise of some strong seas later in the day. 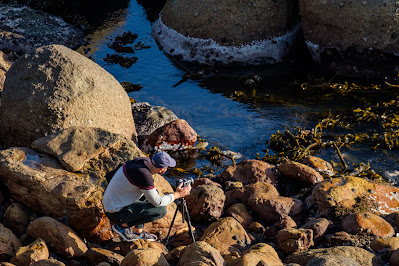 Looking at this photo of a fellow photographer doing his thing at one of the tranquil rock pools immediately below our balcony, one just can't imagine what was to follow later in the day.

For some time now, I have been wanting to pay a visit to the Dalebrook tidal pool to see the various stone statues that someone must have spent hours putting together. I must confess to having being somewhat disappointed, as there were only a few of them left when we got there. Not sure what happened to them all, possibly broken down by the wind and seas? Anyway, it was still worth the visit, with quite a few people making use of the swimming pool while we were walking around. Here is just one of the remaining statues, followed by a shot of the waves breaking against the rocks. The second photo shows the promise of the larger swells that followed later in the day. The last photo shows just how beautiful the colours are in the tidal pool itself, plus the clarity of the water there. 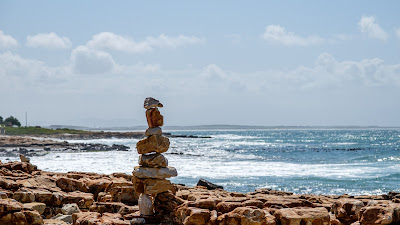 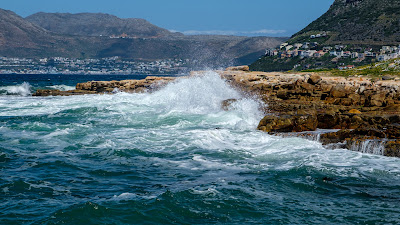 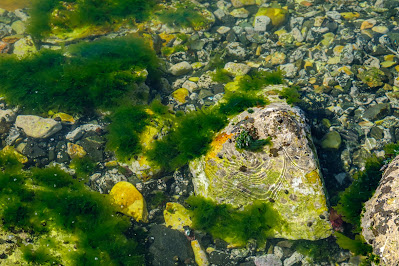 After our time spent at the pool, we decided to take short walk around St James to have a look at the various sets of steps that lead all the way from the Main Road right up to Boyes Drive. 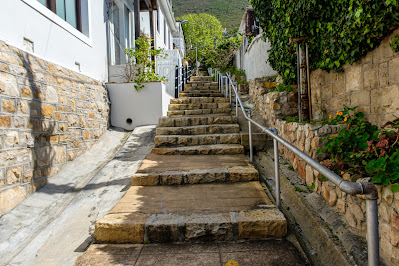 We started off at Jacob's Ladder. Unfortunately I have not been able to find out how many steps there are, and I wasn't going to count them myself! Jacqui passed up the opportunity as well! Suffice to say that when originally built, it consisted of 120 steps, but these were added to as and when extra residences were built up the mountain, until it finally reached Boyes Drive. 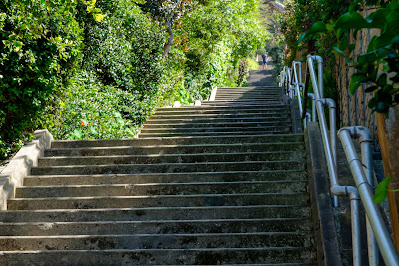 From there we went to Ley Road, two streets away from Jacob's Ladder. Right at the top of the steps, on Boyes Drive, is where Jacqui rented a room when she was much younger (before we met). So it was a bit of a nostalgic visit.
After that it was a trip to the iconic changing huts on the beach. Unfortunately, as you can see, many of them (if not all) are in serious need of repair or refurbishment. There were two huts that were destroyed by a fire recently, and some fire damage can be seen on the first hut. I was standing on the area previously occupied by the huts before the fire when I took the photo. 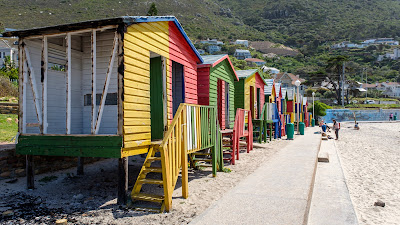 And then our explorations took us to Kalk Bay harbour. We could see the waves outside were building up, but it was still a little while off high tide, and it was quite calm inside the harbour walls. Here are a few images taken while walking around. 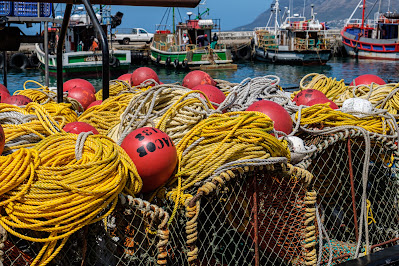 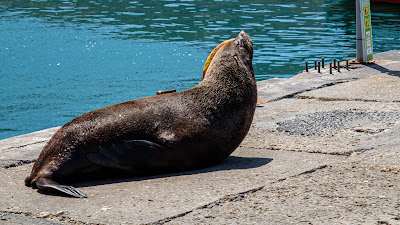 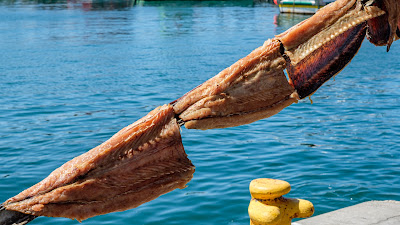 At this stage we were quite hungry and thirsty. The restaurants in the harbour itself, apart from the Lucky fish and chips restaurant, which we didn't fancy that day, were closed. So we forced ourselves to once again try the Brass Bell restaurant on Kalk Bay station. The last time we visited, we were seriously unimpressed with the poor service and over-rated food, but were hoping that things had improved since then.
And it turned out to be a great choice in the end. We both thoroughly enjoyed their grilled calamari, prepared with a hint of chilli. Jacqui chose to have salad with hers and I had the chips. All washed down with a chilled bottle of Protea Sauvignon Blanc. Gorgeous! In addition to the great meal, we were treated to a floor show as well! At this stage of the afternoon, high tide was just minutes away, and the crashing waves started to make their presence felt inside the restaurant! We fortunately were unaffected, as the window at the table we chose was closed. But the windows at the table in front of us did not close properly (one of the problems of living at the sea) and the couple sitting there received a good helping of sea water! The cushions they were sitting on got drenched, but they themselves escaped largely untouched! Needless to say, they moved tables after that. 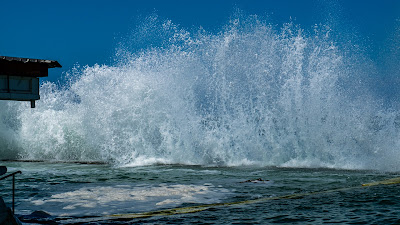 We stayed for a few minutes while finishing the wine, then paid and went to the deck outside the restaurant, from where the following photo was taken. Part of the restaurant can be seen on the left.
Finally back to On the rocks, where we spent a relaxed late afternoon and evening.
To be continued.....
at October 16, 2020