Well, it wasn't going to get any better after last month, and so it proved. Just one Gold award out of the four photos submitted.

The set subject for the month was "Silhouettes". I did quite a lot of work on this and Jacqui and I even went up the Table Mountain cablecar to get the shot I used for the Print Set Subject section. The image received a Silver rating, and it would have done better if I had cropped out the rock on the left hand side. The judge said it was too prominent, and I tend to agree with that. Here it is: 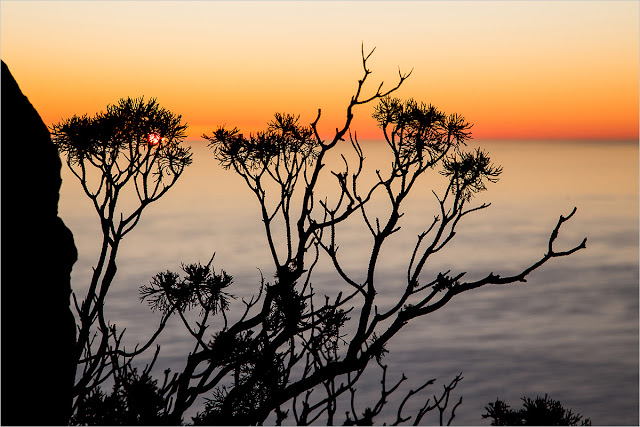 I was, however, disappointed with the rating given to the image I entered in the Set Subject Digital section. I really like the image, especially since it's quite unusual for a silhouette. It was taken from the balcony of the flat at Melkbos, and quite severely cropped. The judge didn't like the fact that there were two groups of birds, resulting in the image not having a focal point. I can understand the reasoning, but I still like the shot, even though it only received a Bronze rating! 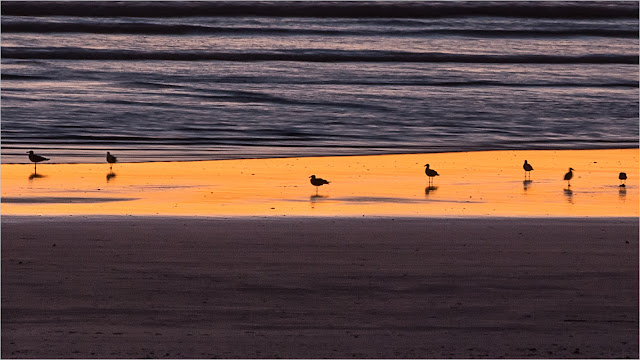 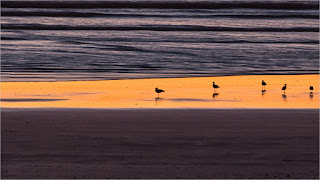 As a matter of interest, This is what it looks
like modified.

In the Open Print section, I submitted the photo entitled "Changing seasons". This was quite a labourious yet fun challenge, with me ending up with a room filled with leaves of various colours and from various trees, most of which were collected during our morning walks. Anyway, both Jacqui and I liked the shape of these leaves, and so did the judge, making it my only Gold of the evening. 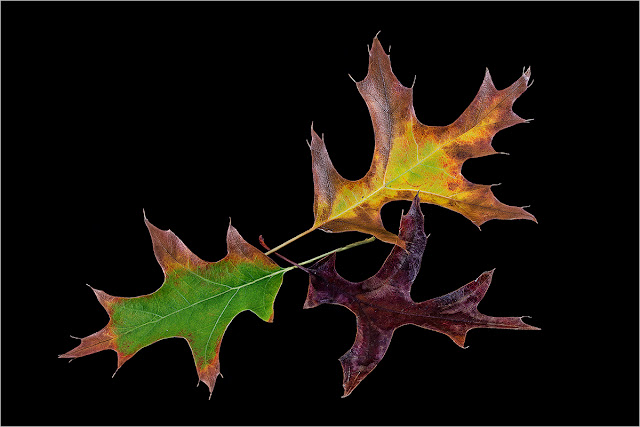 Finally, for the Open Digital section, I chose an image from our Namibian holiday last year. It depicts a Namibian trader and her child, stuck out in the wilds and trying to earn a living. When I submitted the photo, I debated whether to increase the contrast or leave it as it was (it was taken in very harsh lighting). Should have got with my gut feel! The judge liked it, but felt that it would have scored higher had there been more contrast. So it ended with a Silver rating. 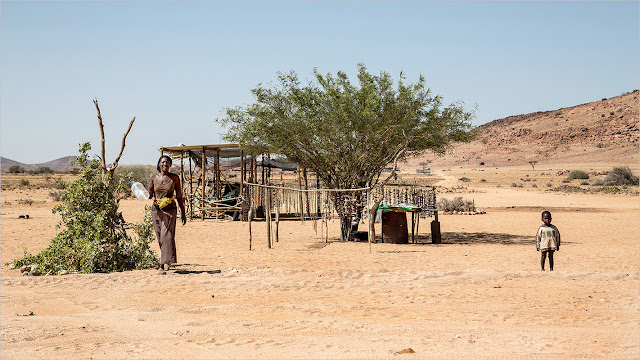 But the exciting news (for me anyway) is that I only needed 1 point from the evening's submissions to progress from Three-star to Four-star. I ended up with 8 points, so achieved the goal, and now start the long fight to progress to Five-star!
at May 24, 2016 1 comment:

So after a disappointing February, back with a bang in March! Four entries, four Gold awards! Including a surprising winner in the Set Subject Print section. All photos were taken around the home and nearby locations.

The set subject for the month was "Nature". I remember the winning image specifically, as it was taken at about 5pm on the day that final entries were due. It was a Sunday afternoon and I was really tired, and just about to go and rest the body, when Jacqui came in to the study and said she thought she might have my second entry for the set subject. So off I went to have a look and it was our new Frangipani plant that had started shooting. The cutting looked completely dead, and yet it was producing new shoots. So five shots later and a bit of Photoshop stacking produced the image titled "Never say die". 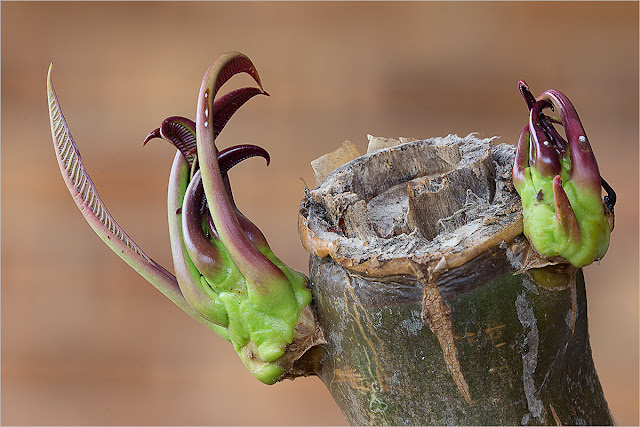 The digital entry for the set subject section was of a dandelion found at a local dam. The final product reminded me of the New Year's fireworks display, hence the title "Nature's fireworks". 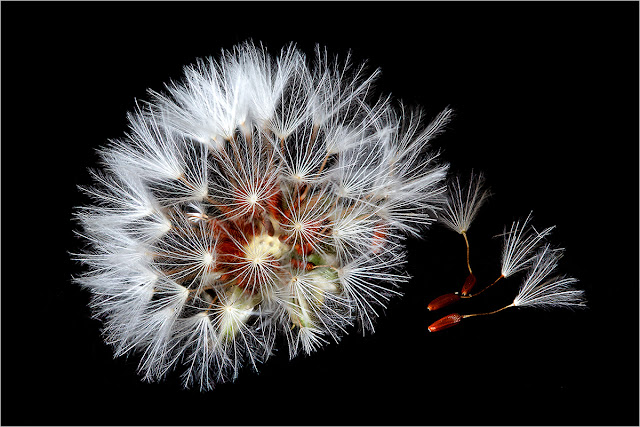 Needless to say, I was very happy with the judge's ratings for the evening.
at May 23, 2016 No comments:


Not my most productive month - in fact, the worst points return since I joined the TPS!

The set subject for this month was "Human Portraits". I had some ideas of who to approach for the portraits, but to be perfectly honest was not feeling up to it at all. And if the heart's not in it, then best just to leave it alone. So I ended up just submitting two entries in the Open section.

The first was a photo taken one afternoon after having lunch with Jacqui in Philadelphia. On our way back we noticed this flock of birds sitting on the fence. I stopped the car, got out the camera and then started moving slowly forward. The birds then took off and I was able to capture this through the windscreen. I named the shot "Rush hour". 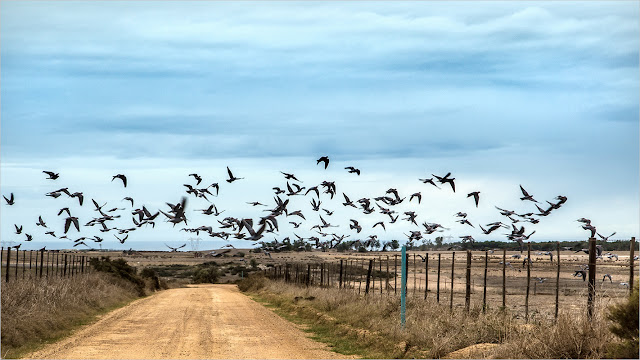 The next and final image for the month was taken in our garden. Jacqui's efforts last Spring gave us a wonderful display of Cosmos flowers, and this is just one of the many. I called it "Centre of the cosmos". 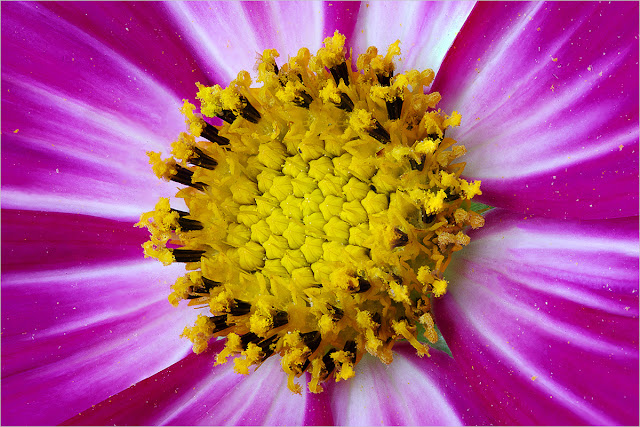 Both images received Silver ratings. As they say - it can only get better!


For those of you who read my blog posts, my apologies for the lack thereof over the past few months. My operation in January is taking some time to recover from and I haven't really felt up to doing much, but I'm pleased to say that the Mojo is finally on the way back!

January's set subject was "Table Mountain (a creative view). Not an easy task as there are so many existing Table Mountain images out there it's difficult to find something new! Anyway, I took a photo from an evening outing with Jacqui on Old Year's Night, and then made extensive use of Photoshop to achieve the desired result. I entered it in the Set Subject Print section, called it "Reflecting on 2015", and here it is: 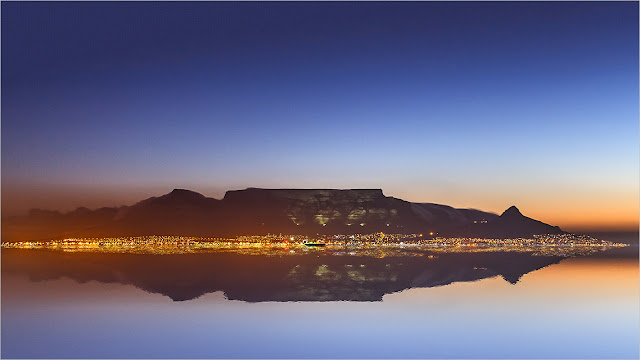 That was all I could muster for the Set subject this month, so there was no digital entry.

For the Digital Open section, I normally search through old photos and choose images that I like to see what the qualified judges think of them. This month I was fortunate enough to submit two images that were both awarded Gold status, so was quite chuffed. Here they are, titled "Siblings" and Little faces" respectively: 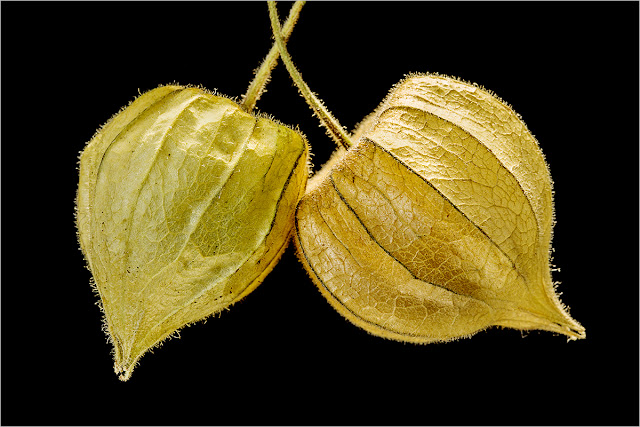 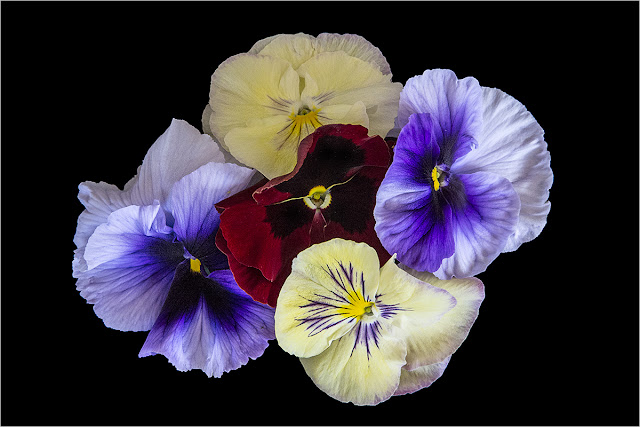