Wow - talk about a bloodbath! Not a single Gold submission - just two Silver and two measly Bronze awards! Oh well, I suppose one can't win them all! At least I wasn't the only one - it was a poor evening results-wise for the majority of club members.

The Set subject for the month was Monochrome. Again, please click on the images for larger versions.

My entry for the Set Print section was a photo taken of one of the hundreds of anemones we were blessed with after Jacqui's hard work this Spring (the colour version will be posted next month). I specifically wanted to focus on the centre section of the flower, and tried to blend the petals into the white background. Well, the judge apparently didn't like the concept and wanted to see the petals in more detail, so I gathered my first Bronze of the evening! 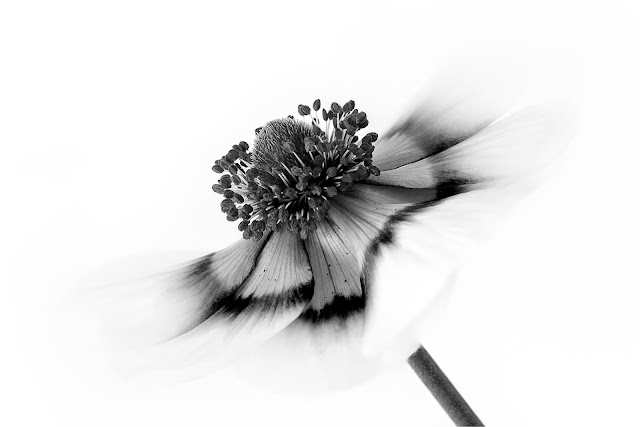 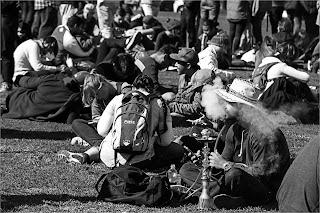 For the Set Digital entry I used a photo taken at an organised "Pokemon Go!" event (my Blog post on the subject can be viewed here). The whole object of the image was to show a diversity of people all mesmerised by their cell phones and catching Pokemons, but the judge said there were "obviously" no persons catching Pokemons there! And so the second Bronze arrived. 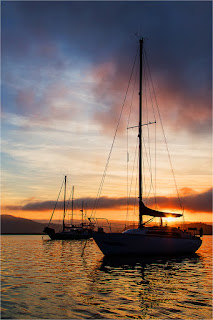 My Open print entry was taken during the holiday Jacqui and I had earlier this year. It was taken while on an evening cruise on the beautiful Knysna lagoon, and I thought (still think) it has a nice tranquil feel about it. There are apparently some technical issues with the image (unfortunately I couldn't hear exactly what the judge said and have been unable to spot them, but accept his judgement), but at least it received a silver rating. 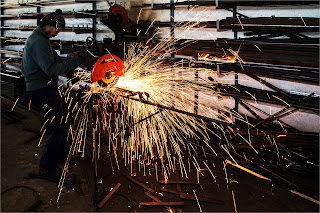 My final image for the evening was take a while ago during a visit to a Blacksmith factory. I really liked the vibrancy of the sparks and the feel of the photo. The image was judged as being a "record shot", but thankfully also at least received a Silver rating. Let's hope tomorrow night brings some better results!

Introduction
I make use of this technique for many of my macro images, and have been asked by my Photographic Society to do a short talk on the subject. These are my notes for the talk. Any suggestions for improvements, or comments on any corrections that need to be made will be most appreciated.

Please click on the images for a large view.
This is an essential technique for macro images where one needs more depth of field than a single normal macro image can deliver. It is also a technique that can be used in landscape photography, where the use of the hyperfocal distance method does not give an acceptable result.
There are also different methods and software that can be utilised, but these notes are based on the following equipment and software, namely:

Method
Generally speaking, one can use trial and error to determine the number of images that need to be taken for the stacking process. Technically, it’s reasonably (in my case – very) complicated! There is an excellent article on macro photography, explaining these intricacies, and it can be found here:  http://www.cambridgeincolour.com/tutorials/macro-lenses.htm. Good luck! Note: The magnification factor calculator provided there should be ignored as it doesn't cover all situations. Instead, to calculate the magnification factor, simply take the height (or length if you are doing a portrait shot) of your sensor (in the case of a full-frame camera the sensor size is 36mm x 24mm), and divide that by the height (or length if you are doing a portrait shot) of the subject.
Here is an extract from the website, showing a calculation for the effective depth of field for a full-frame camera with a sensor size of 36mm x 24mm, using an aperture of f/8, and for an object which is 48mm high (twice the height of the sensor, giving a magnification factor of 24mm divided by 48mm = 0.5). You will see that the DOF is minimal at just over 3mm!!! So if an image had a depth of 30mm, and you wanted to capture all the detail, you would need at least 10 images for the stack.

Stacking Procedure
Prepare for shooting and set up subject, lighting, tripod and camera. It’s important at this stage to test the setup to ensure that when focusing both at the front and back of the subject, that the full subject is in the frame and that no edges are cut off. Move the camera further away from the subject until this has been achieved.
The images below illustrate the procedure for photographing a watch, with an actual required depth of field of 48mm, an aperture of f/11, and a magnification factor of 0.3 (24mm divided by 80mm). The DOF as per the http://cambridgeincolour.com calculator is approximately 10mm, so at least 5 images will have to be shot.

For my personal tastes, though, I just prefer to focus on selected areas along the subject. I make use of the LiveView option on the camera, use the magnification option to zoom in to the particular area, focus and shoot.

Check stacked image and crop as required, merge layers (Layer, Flatten Image), and then do any final adjustments.  Final image: 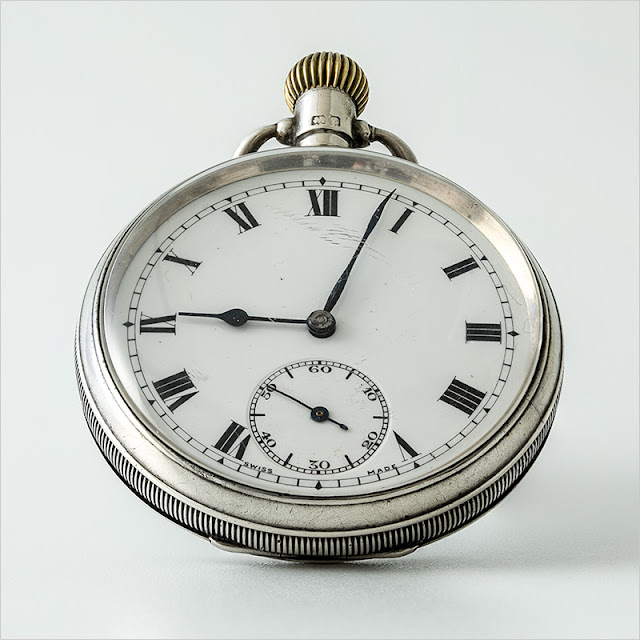